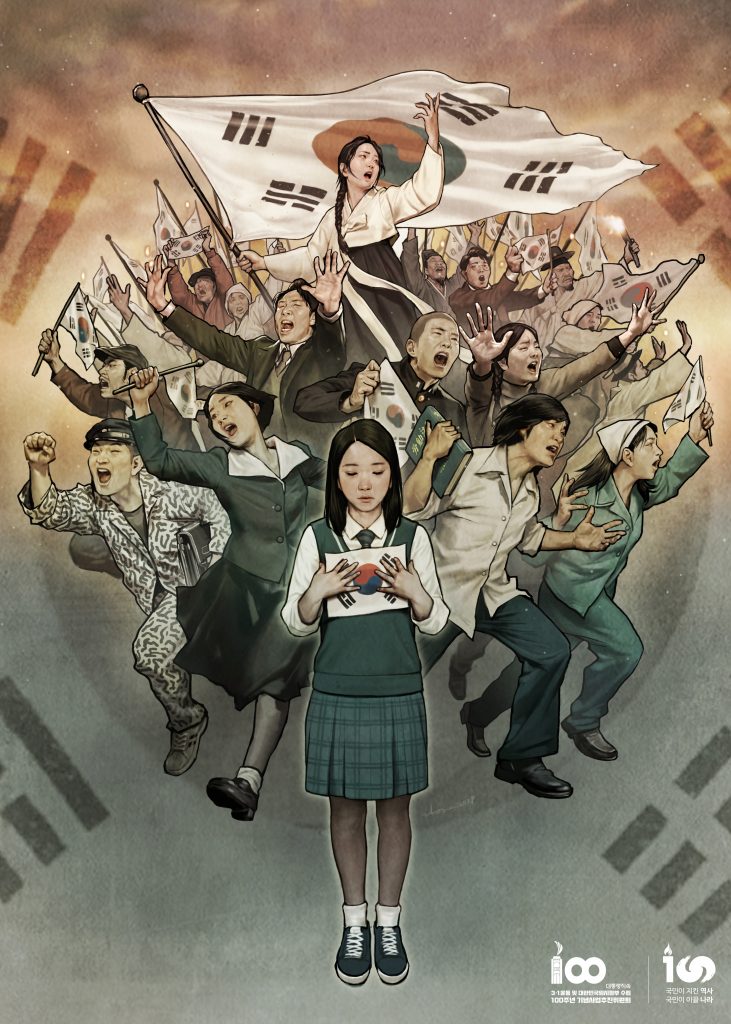 He explained his new art with this message,

Hello everyone, this is Seok-ga who draws picture.
I drew a new picture with some kind of music ( maybe I became an musician ? )
Here I uploads a picture with special meannings tonight.

My new art is drawn for a cover art of “MinGuk(People’s country)”, meaning of “The anniversary of the independence movement of March” or “The 100th anniversary of Korea Provisional Government established” in a few months ago.
There are many deep thoughts about our flag “TaeGeuk-Ki”.

Here some additional announcements about my picture,
I need to draw TaeGeuk-ki in the picture. Many hitorical changes since it was made. I believe I can draw it from difficalt thoughts. I can feel our the regularity of the nation from TaeGeuk-ki. I can sense myself and my family are also part of it, the People of  Korea. And I can remind we still in fighting while thinking about our flag, TaeGeuk-ki”.
My picture is from ‘GinKwan-Sa TaeGeuk-ki’ at time of Independence movemont from Jap.