By considering which encryption is better for small packet among of AES-256 and BlowFish on 5 to 10Gbps bandwidth in realtime world, is maybe not same condition. AES-256 is still strongest encrypting algorithm if 56 bit key is not plain-text, and not easy to beat vault of data with time-changed each different key loop.

So I’ve been tested with my source codes.

And here some performance tests ( not optimized ) 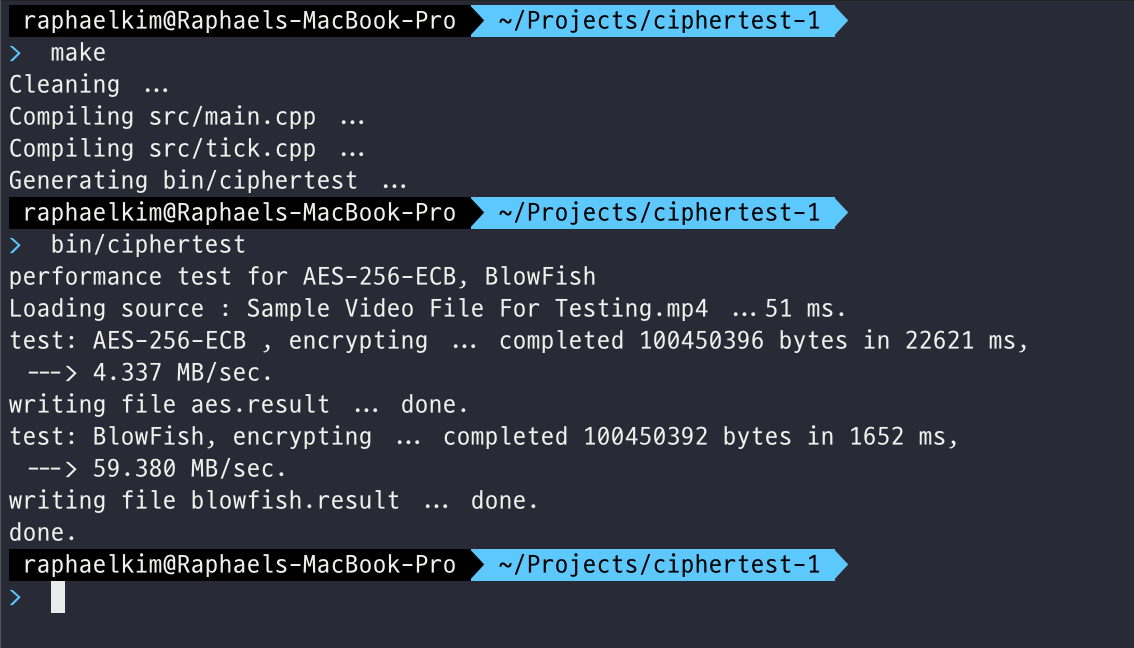 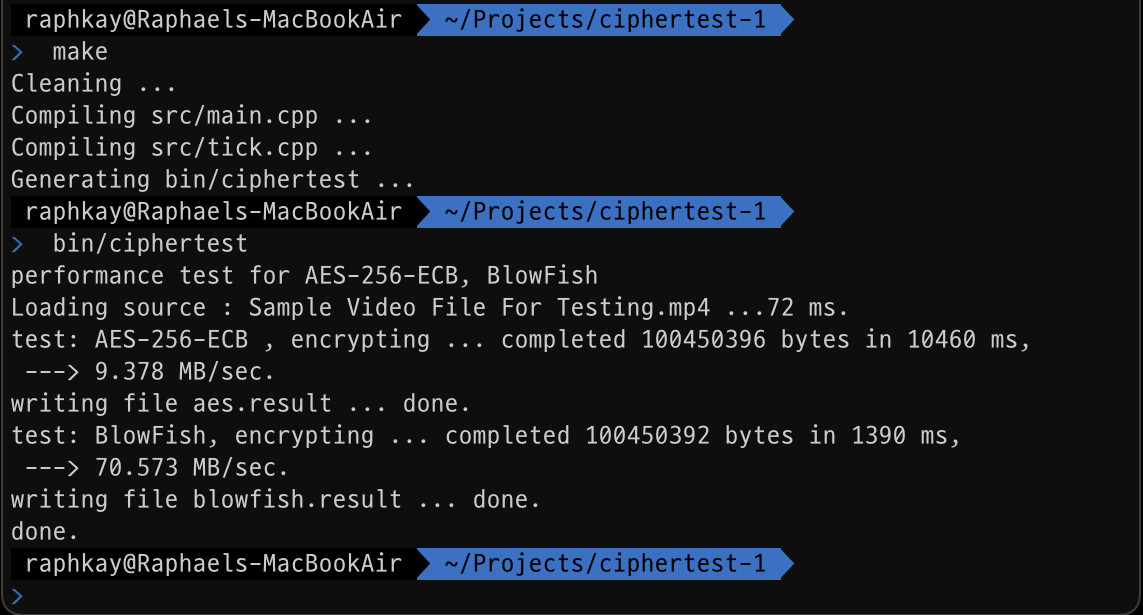 It was really simple, no CPU acceleratios, even no GPU. By doing something with Intel CPU with Apple M1 is maybe not a fair game, but most of perfmormance is always depends on single CPU calculating power as seen above results.