Before start to read this, it is an utility for Embedded Linux users.If you don’t know about Linux, it should be skipped for next time.

It was made for monitoring CPU and GPU temperature with maximum clocks goes thresholded in Rockchip RK3399 embedded system at first time. 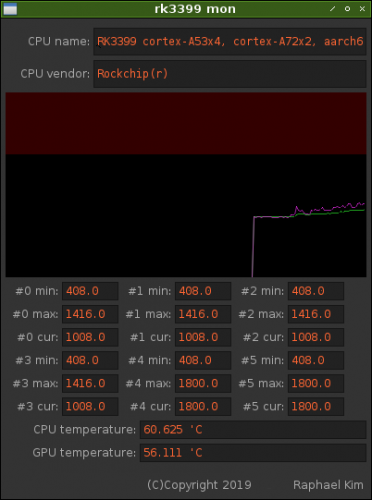 Then I made it to runs for most of Linux systems if it availed to build my FLTK 1.3.5 library with fl_imgtk ( FLTK imaging toolkit ), and now it changes many times. 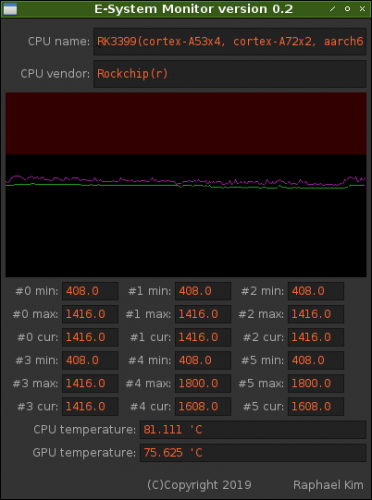 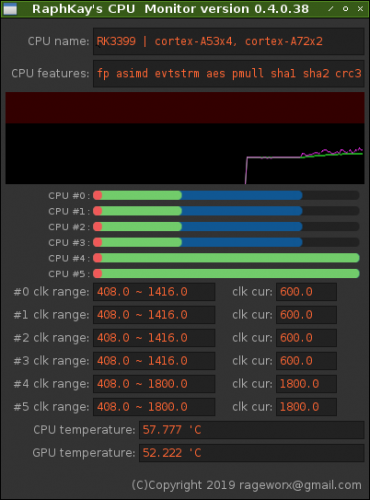 It has been changed to dynamically supports CPU core counts, identify what instructions supported, getting CPU name if availed. 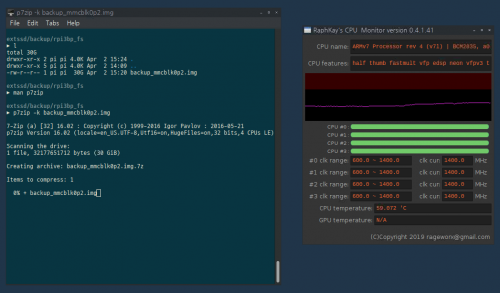 This utility monitors each CPU operating clocks and temperatures of built-in thermal sensors for CPU and GPU in every one second. Specially it monitors CPU and GPU temperatures in graph, so user can able to check changes of temperature maximum 120 degree – (red block meaning over 100 degree, yes it meaning very dangerous region)

Most of Embedded Linux desktop LXDE not supports just one click to execute a program from ELF image. It also need to install system with makefile script.

Before you being started, prepare these repositories on your project directory:

First, do configure, make and install FLTK to your system refer to this wiki.
Then place fl_imgtk and rkcpumon at same directory level for rkcpumon refer to fl_imgtk library indirectly.
Make it compiled and archived fl_imgtk with Makefile.gcc – type make -f Makefile.gcc in your shell.

Then, move to rkcpumon directory and try to make, then sudo make install , it will install compiled ELF image to your desktop in ‘Others’.