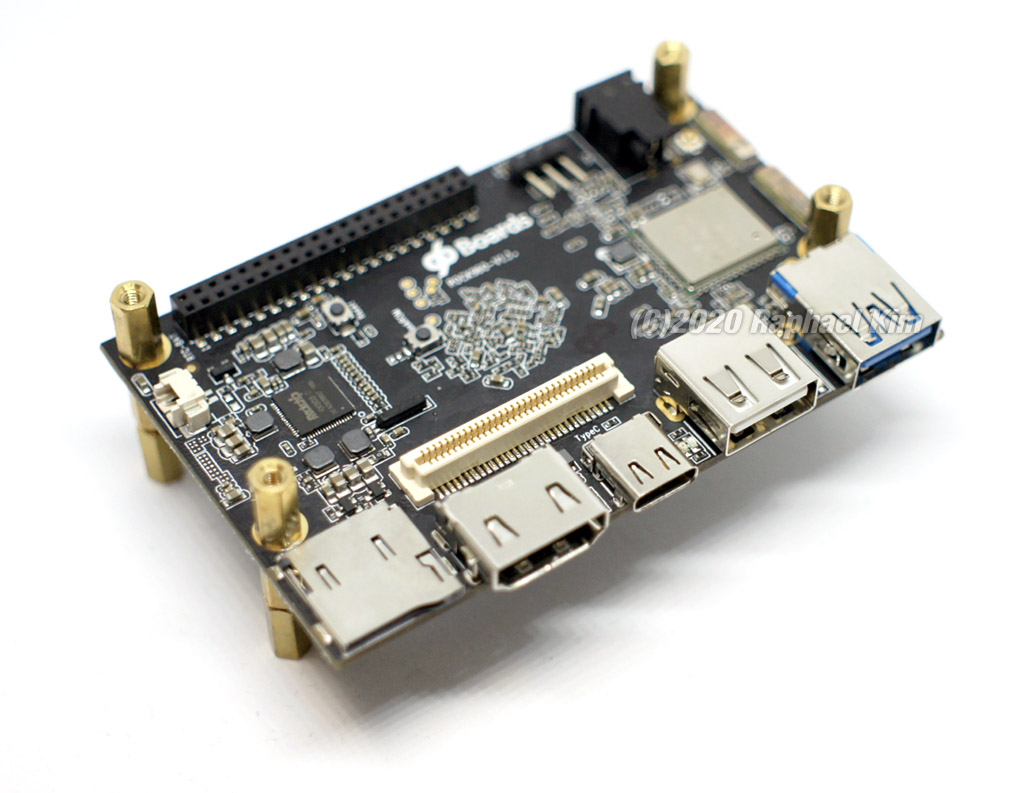 Rock960 board is a variabtion of Rockchip RK3399 series, and supports many features as a stand-alone smallest AARCH64 system. VAMRS still providing this card sized embedded linux computer in half of year 2020.

I love this powerful RK3399 processor, as economical AARCH64, to be used for embedded linux desktop system ( include Android, but I don’t use android platform ) with my tuned version of 4.4.179 kernel.

Rockchip provides fully open source of embedded linux uboot to kernel and filesystem in their github, all source codes are up to who making what kind of system, by whom to works, or what designed for what does it.

So I spent long times to know how it able to works as Super-speed USB peripheral ( as a bulk-device, with libsubk for any platforms with libusb0 or libusbk ) device from Rock960B. Eventually I’ve been changed some configs and made a driver to enable USB UDC in kernel sources with Kconfig. Now it should be able modifying owner USB Vendor ID and Product ID with adbd.sh service by simply enable device node and path, also includes high performanced device control daemon.

First step to do:

96board repository has some problems, it should not be able to build u-boot or kernel, or rootfs correctly by legacy sequence.
So I made my own github repository, and it will builds Rock960 board image in simple way.Just clone repository ( download not able to get sub-modules, please use git cloning ) as this sequence.

Then, prorceed this to initializing sub-modules.

Initializing sub-modules may spend minutes ( up to network speed ), take a break with a cup of coffee.
It should step next when done to cloning all sub module repositories.

My customized git-repository may helps build Rock960 board images very easily.
Just do these sequences:

All files will be copied into out directory.
You can flash with wlx parameter with rkdeveloptool or, create a system.img with this.

Flshing image to mask-rom mode board written detailed information should refer to this page.

To step next, prepare these things,

Now you have something improved kernel now, but there’s something more left to enable USB-C peripheral device driver.
It should be append to next post, and please wait until then.