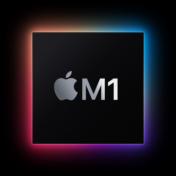 Unfortunately, our CEO determined to stop developing Anystreaming any more. I don’t know what is the reason of stopping this, but his dicision seems to hard to break. So I backed up all resource in my developing system to private stash, and it will be born to other as I… Read more »

My latest HDMI and control driver enabled to handle 1080i (interlaced scan) for some devices not possible to bandwidth of 1080p. Latest windows client ( you can download here )  supports this with latest firmware system version 2016.06.09 or later. Actually I don’t recommend to use 1080i, but it’s up… Read more »

Anystreaming stream input video driver modified to support all 60Hz, actually means 60fps. But I blocked in CPU performance for 60fps in 1080p. So I made limit to 30fps in 1080p for performance. I don’t like to blame a man who has decision, but don’t like his crabbed, obscured decisions…… Read more »

At last day, I found reason why some AS boards going dying HID device controller. It was a reason of HID control chipset had narrow clock sensitive. I was try to adjust fastest working clock and it may not right clock for it. (Actually chipset provider does not support us)… Read more »

Now it’s going done for demonstration of CES 2016 in Las Vegas. My all systemwares are prepared for CES. System works well and services are completely written in NAND flash. Now it is going to be done for 2015. See you in CES 2016 ! In about 2 weeks later when it resigned to more smaller, now I could got a latest model. Latest case material changed for matted plastic and going for fianl release with IrDA blaster detacheable module in middle. This case is real hull of containing latest circular PCB, and changed some… Read more » OK, It taken a little bit long time to done for redesign schematic logics, and it almost done for loosing size for more smaller. Almost of power logics put downside of PCB, then heatabled components are come up sides. Lastest mockup case may going to more smaller because new circualr… Read more »