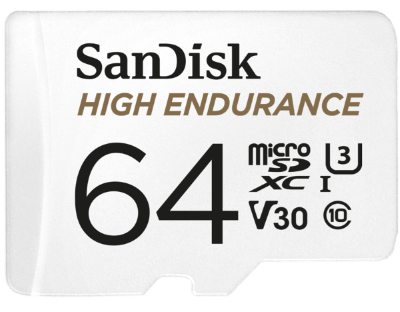 Original High-Endurance ( a.k.a QQ ) model had a limit to writing speed up to 20MB/sec, but newer Gold-labeled, 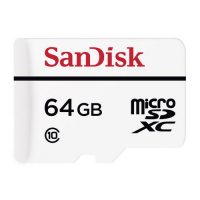 marked as U3 with V30 class enhanced to a couple of read and write speed. it is much better than previous models, both of reading & writing for 20MB/sec. 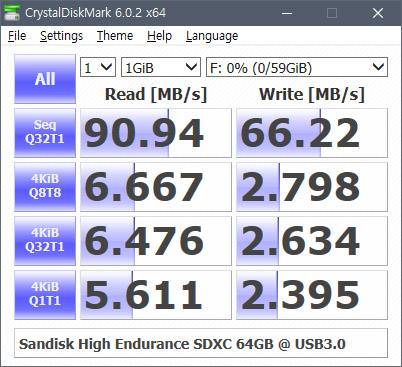 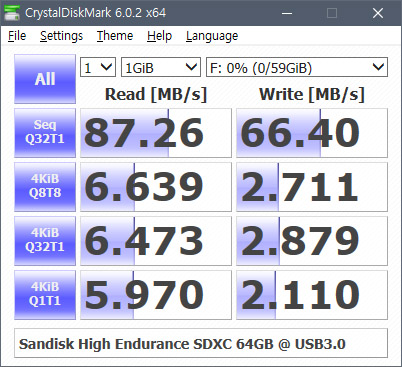 I bought two 64GB sdcard for use on my Android phones, and benchmarked witrh CrystalDikMark 6.0.2 64bit version on Windows10. Both of sdcard scored around 90MB/sec to read, and 66MB/sec to write performanced. It was little bit impressed.

It was tested sdcard performance on Xiaomi Redmi 7 (not Note 7) that one of my Android phones with exFAT formatted. Nromall it scores good performance on each difference conditions. 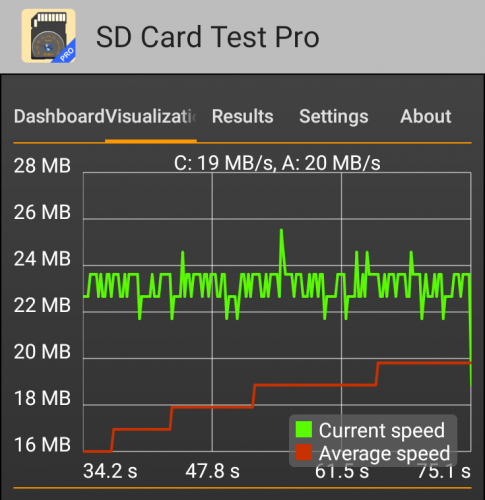 And other method of benchmarking is doing test on app cache area for best performance for app itself. It scored different performance than directly accessing. Reading 72MB/sec and Writing at 54MB/sec, it’s seems look similar as Crystal disk benchmark at desktop USB3.0 reader.

New high endurance SDcard provides much better than previous QQ models. Performance improved for most of MLC tagged SDcards, good price for same a like others but good lifetime guaranteed. Need choice what I buy new one? Take Sanddisk High-Endurance.