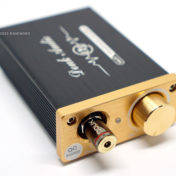 I bought this adaptor in AliExpress at 0.85 USD per a piece for extend my storage for old Lenovo E120 laptop. My laptop was installed 320GB 7.2K rpm HDD but changed it for 240GB SSD. Performance naturally increased but I lost about 100GB of storage, So I wanted extend more… Read more »