This is a short review of MXT or MXTronics micro SD reader. USB interfaces are both of type C and A supports works as OTG device for most of portable devices—iPad and Android. Reader should work as a single USB drive with any micro SD card up to 1 TB… Read more » 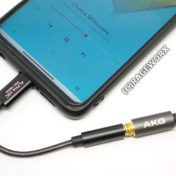