It’s about Chinese SSD  I bought this SSD while big sale called 11.11 in Aliexpress for around 123 USD, then I need to spend for over a month to delivered on my hand. It was really long term for delivery completed. I have many different kind of KingDian SSDs, and… Read more »

When I bought Inland SSD 480GB again from Amazon, I found new SSD is exactly different from old model by just open paper box – that was plastic enclosured SSD, it was never expected. Left : new, Right: old  Aghhh .. always problem is ‘cost down matter’ of many manufacturer,… Read more »

First contact DREVO brand seems to new in Aliexpress, and X1 model departed to each different capacities 60GB to 480GB. They have US sales web page and produces (or distributes) to Amazon. X1 may their first SSD products and described in Aliexpress to used HyNix MLC NANDs with SM4480EN cached… Read more »

It was bought in a month ago to use my old SSD to be portable storage anywhere I can copy or move files in fastest way. Hoped works on SATA-3 speed around limit of USB 3.0 – Overs 300MB/sec in write. But this cheappy enclosure not so much good for… Read more »

About a month ago, I bought this SSD from AliExpress official seller of KingDian by belief of their description as seen below: I just believed it used MLC, but it was fake! Their official web site not described NAND is MLC, yes, it was TLC, see below link. http://www.king-dian.com/kingdian-s280-sata3-ssd-480gb This… Read more »

Preview: Here I bought a new SSD for my old laptop, Thinkpad E120 RZ2. I need to wait for over a month to me, it was really long time for other sellers. There’s nothing to sorry, or gift, no explain. Actually a seller who named “SOUPEI HOLDINGS CO LTD” is… Read more »

In long days after, it arrived at home for over 20 days from China. KingDian SSD seems like most of microSD package as simple transparency plastic bag with simple paper what written in could be not understand. There’s a scratch seems for a prize, but I don’t understand what written… Read more » 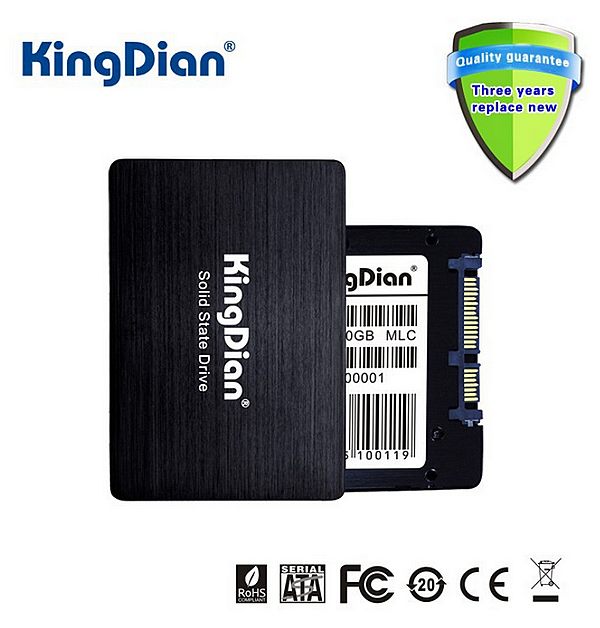 I have determinded to make a deal for dangerous adventure, buying SSD in Ali-Express. Totally paid 69.03 USD included delivery in Chinese registered air post to South Korea. I don’t know name of KingDian, how they are known to market in SouthKorea. But I expect believe people’s review. Actually I… Read more »