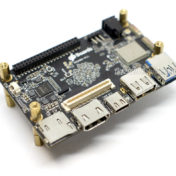 A short history: Rock960 board is a variabtion of Rockchip RK3399 series, and supports many features as a stand-alone smallest AARCH64 system. VAMRS still providing this card sized embedded linux computer in half of year 2020. I love this powerful RK3399 processor, as economical AARCH64, to be used for embedded… Read more » 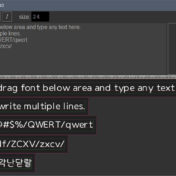 Introducing an open source project, FontTester. A FLTK project GUI application that supports multi-platforms ( Windows, Linux, MacOSX ) with these libraries: Freetype2 and FLFTRender. Anybody can join to project, or write any issues, or just download prebuilt image at downloading page. It’s free. Test your TTF/TTC/OTF without install to… Read more »

There’s a company who believes intel compiler still the best option in the world, with assembly codes for x86 architecture cannot defeated by any different compilers. Maybe right for only Intel x86 with limited platforms like Windows and Linuxes. They were explained testing some audio and video processing code comapred… Read more » 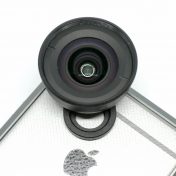 Apexel 110′ wide lens for smartphones ( actually suitable for iPhone ) makes default single camera more wider than designed by manufacturer. So this smart gadget can save money to upgrade our smartphone. Appearance This gadget able to be mounted on rear or back where lens placed near about 10cm… Read more » My new embedded system based on Rockchip RK3399 is now stepping to next version. Rebuilt all kernel for maximum performance at processing high quality raw images from quad(2×2) MIPI-CSI2 cameras. This new board aquires double channels of dual high speed 5Mpixel MIPI-CSI2 camera in data bus bandwidth in 6Gbps for… Read more » 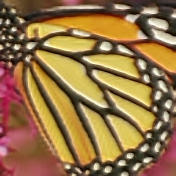 My old libsrcnn experimentally updated for doing scaling with stepping sequence in multiply ratio 2.0 for solve some issues belong to original source. ShuWang’s OpenCV codes was just seems to belong to matlab, and I had advanced code with OpenMP then native C++ that runs all almost platform with g++… Read more » 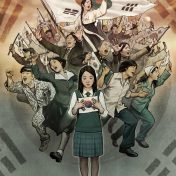 An artist Seok-ga’s new graphic art “Together, Korea” published on DDanzi forum. He explained his new art with this message, Hello everyone, this is Seok-ga who draws picture. I drew a new picture with some kind of music ( maybe I became an musician ? ) Here I uploads a… Read more »